Empire was founded in 2016 by Wendell S. Sturdivant. Sturdivant with a couple of hometown local friends came together to create a real estate firm in 2015 that went under the alias of just Empire Realty, this opportunity and the business name was very ironic considering Sturdivant was searching for a name for his company. Empire was one of the choices prior to any meetings or connections to the childhood friends. Sturdivant would say, “God works in mysterious ways.”

Empire Realty and Construction has had its milestones as they have functioned and operated debt free its entire venture. In 2016 Sturdivant and his childhood friends decided to go their separate ways and start individual ventures. Sturdivant decided to rebrand and re-establish by extending the name from Empire Realty to Empire Realty and Construction and hiring new executive members. Wendell also created a new logo himself as he was inspired by the Nashville skyline while owning and operating Empire from a high rise on 4th and Church street which had a birds eye view of the AT&T building known by locals as the “Batman building.”

Sturdivant wasn’t satisfied with the direction of the Empire, he felt he wasn’t making any contribution or impact in the community. Sometimes he describes it as a form of survivor's guilt. He felt he wasn’t offering his community his true love, abilities, talents, and gifts. Wendell gathered all the Empire members and voted on leaving the skyline view and moving to an area where the view would be much much different.

Outside the new window of Empire Realty and Construction, you would see boarded-up homes and drug infestations. Empire had relocated to the North Side of Nashville zip code 37208 which happened to be one of the most dangerous zip codes in the nation for violent crimes. The US average is 22.7% Nashville’s 37208 zip code was at 76% according to BestPlaces.net in 2020.

The Empire team voted against Sturdivant and over 80% of all the agents left and joined other companies that were more aligned with a more luxury vision. Sturdivant began to think he might have made a bad turn and was failing, but he was willing to continue the course.

Going into a poverty-stricken, very low-income section of Downtown Nashville Sturdivant knew he needed more leadership. His best hire has been business developer Kaye Otey and new Executive Administrative Assistant Jessica Couch. Combined these three have made huge impressions in the community, but the impressions didn’t come without some difficulties, hurdles, and challenges. Empire Realty and Construction has had almost a handful of burglaries, agent churn, and before the first year anniversary at the new location could even be celebrated, a second burglary came and that really devastated Sturdivant. Then a flood came, then a Tornado, and now a pandemic, and a quarantine! The year 2020 hit everyone hard and many businesses closed and continued to suffer. Prior to the pandemic on March 3, 2020, the 6th costliest tornado in US history hit Nashville. Over 395 homes and 184 commercial buildings were either majorly damaged or destroyed by a strong tornado that struck in the middle of the night. The twister with wind speeds of upwards of 165 MPH lifted debris 20,000 feet in the air and spread out for miles! Over 18,000 people signed up to volunteer Hands on Nashville to help rebuild. As the Empire's luck seemed to have drifted away and Wendell’s Midas Touch seemed to have vanished, opportunity came during a time of pain. This area needed a local face and a hero to help pull the community together and offer real solutions during devastation!

The Empire Team turned the office into a resource center for food and clothing drop-offs and they fed the community from sunup to sundown daily. With generator light, people could have electricity to charge cell phones and create some type of normalcy. As Empire and staff members and friends flooded in to volunteer, contracts started flooding in for development, rehabs, repairs by the dozen, and Sturdivant said after 25 or so he lost count on how many homes he really repaired that were affected by the tornado. Empire was totally dedicated to surviving the people until funding became a problem. All the donations were spent and people were still suffering and Sturdivant was also personally over-leveraged. A phone call came in from an old friend stating, “we have over $100,000 to assist you in your work. Keep doing a great job, the front line needs you.” Then The American Red Cross showed up and donated food during the same day. Sturdivant cried and thanked God and infrared his team. After a few months of being an essential worker and repairing dozens of homes, and volunteering Wendell finally realized why Empire Realty and Construction came to the community and what his team’s purpose was. Empire’s purpose was very clear. Sturdivant says, “We were ordained and sent out on a planned mission. It’s simple, Empire's job was to be light during a time of darkness in North Nashville and we aren’t done yet.”

During the 4th quarter of 2020 Empire continued to secure investors to offer market-rate selling prices to assist people that were looking to sell or partner in North Nashville. The most applaudable thing Empire did was educate homeowners on investing and understanding market analysis reports, and rates, and values. Empire’s leadership team has continued to grow with over 20 plus agents and possibly looking at mergers and acquisitions across the country in order to expand and grow into other markets like Miami, Houston, Atlanta, and LA. Sturdivant’s vision grows bigger and bigger each day! Who knows what’s next? I guess you all will have to wait and see, says Wendell!
“At EMPIRE our mission is to ELEVATE your experience by offering absolute satisfaction and delivering guaranteed results! Building your empire with EMPIRE.” 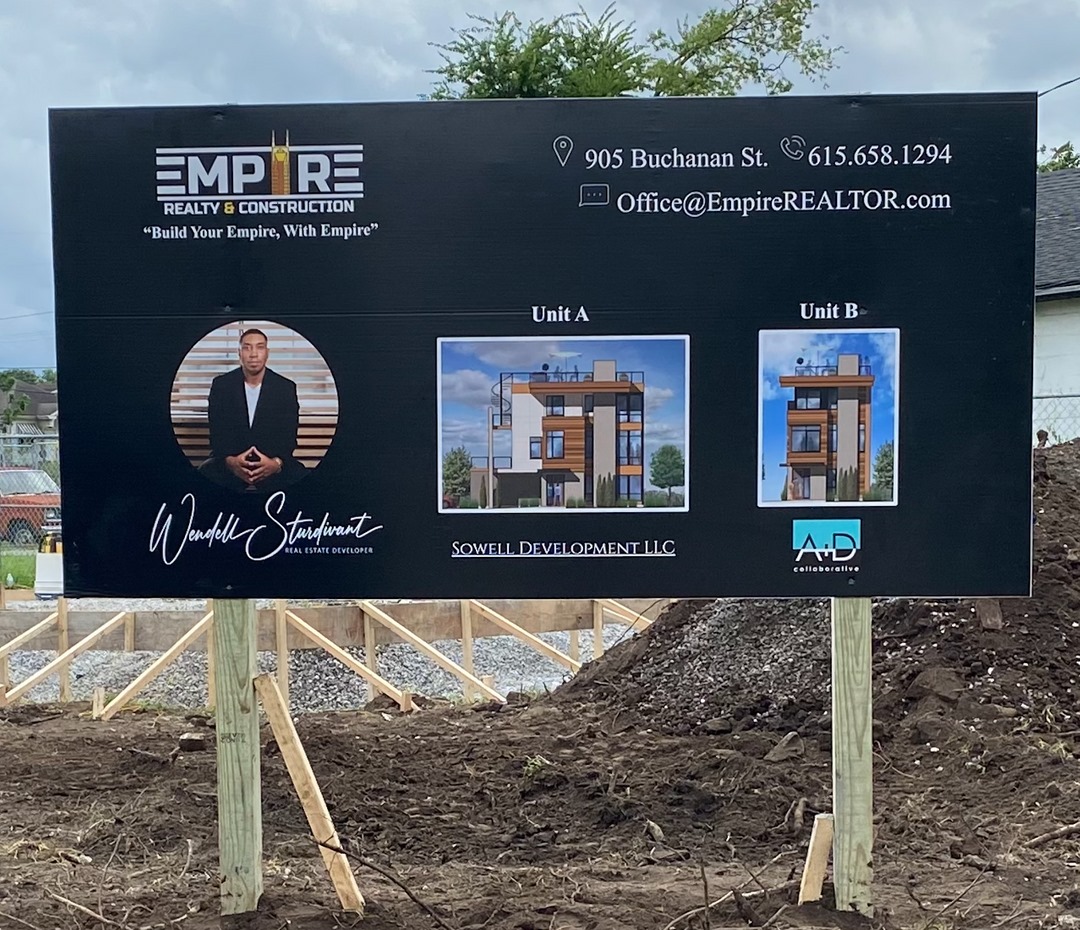